Nilson Reports maintains that $257 billion-worth of purchase payments were made by cards in 2016. Interestingly, 54 percent of all purchase transactions coming from Visa branded cards – 34 percent debit cards and 19 percent credit cards. Card purchase volume was up 5.8 percent for the same year.

More than 20,000 small businesses have been lent $3 billion by Amazon since the company started its short-term business loan program in 2012. The loans are for up to 12 months and are available to SMEs that sell their products on Amazon’s online market. One billion dollars-worth of small loans were lent to US, Japanese and UK companies during 2016 and 2017. The loans can be from $1,000 to $750,000. 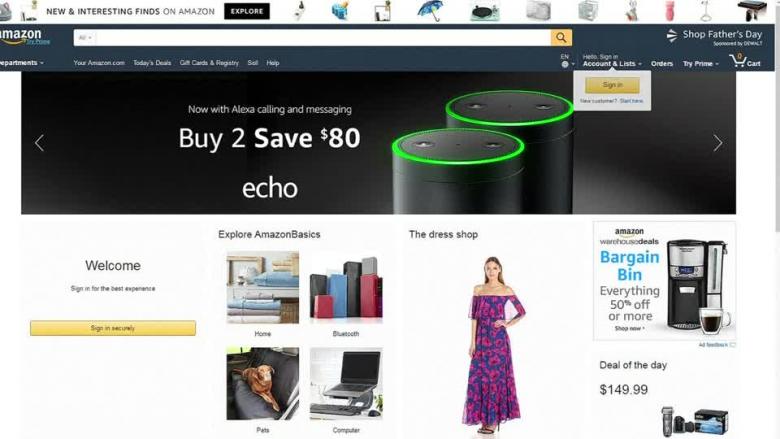 Alipay Set for Switzerland and Austria

Alipay payments, via a consumer’s smartphone, in Switzerland and Austria are now being supported by payment provider Concardis. The Switzerland launch is set for October, 2017, initially with jewelry retailers. The Austrian launch will include 20 Gossl clothing stores, followed by another seven in Germany. Alipay is already available at hundreds of German locations.

WeChat Pay is now available worldwide through a partnership between Tencent and global payment provider Paymentwall, which supports more than 150 payment methods. In 2016,  WeChat Pay accounted for 30 percent of all online payments to the tune of $1.5 trillion. Under terms of the deal WeChat Pay’s 600 million users can use their smartphones to pay for products and services in the US, Europe, the Middle East, Southeast Asia and Latin America.

The Central Bank of Iran says that consumers can now use their smartphones or watches to make payments in Iran, using near-field communications (NFC). Users of the tap-and-go system will need to close to a POS terminal, although ATM support is also planned. The current purchase limit is $53, which is reportedly set to rise to $13,350 by year’s end.

60 Banks in US Support Android Pay

Mobile payment system Android Pay is now supported by more than 60 banks and credit unions in the US. Consumers simply add a debit card or credit card to the app in order start using it on their smartphone. Banks supporting the app include Commerce Bank, Discovery Federal Credit Union, Columbia Bank and Alabama Credit Union.

Alipay is now available in South Africa, courtesy of a deal with Peach Payments. Alipay has more than 450 million Chinese users, a sizable percentage of which like to travel overseas – 135 million in 2016, for example. In South Africa there was a 93 percent rise in Chinese tourists in 2016. The Chinese penchant for overseas travel is seen as a big driving force behind some Chinese companies expanding their business internationally. South Africa’s City Sightseeing is the first local merchant offering support.

Demonetization is accounting for mobile device and digital banking increases in India, according to a study by FIS. Sixty percent of the 1,000 banking consumers surveyed for the report have used a mobile device for banking or payments in 2017, up from 39 percent in 2016. Interestingly, cash and cards were secondary to mobile apps for payments in 30 percent of the respondents.

UK-based fintech app Yoyo Wallet has raised $15.3 million in a Series B round of funding led by Metro Group, which will be used for mobile engagement and customer identification, among other things. Yoyo’s reported 400,000 registered users use their smartphones in paying for goods and services at more than 1,700 retail outlets.

What Impacts your Brand

Brand discovery has been revolutionized by social media advertising. While platforms like Twitter and Facebook have launched more sophisticated ad products, marketers are planning on spending more on social advertising. But creating such ads based only on data can be a mistake.  Consumers base decisions on more than data, such as peer opinions and social validation.

Major department store chain Walmart has paid $310 million to acquire online clothing retailer Bonobos, which offers its own brands of men’s clothing. Bonobos merchandise will now be available on Walmart’s various digital platforms. The acquisition is seen as part of Walmart’s ongoing efforts to dominate the online arena in the face of strong moves from Amazon, which has just bought high street grocery store chain Whole Foods.