Borders? What borders? Cross-border eCommerce, or international eCommerce - when online consumers buy from entities in other countries - is on the rise. This was emphasized recently with a report from UPS and comScore entitled the 2017 Pulse of the Online Shopper which maintained that in 2016, around 50 percent of US consumers purchased from an overseas merchant. 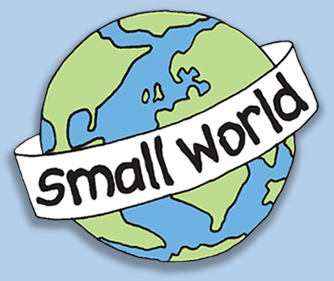 Marketplaces are seemingly where cross-border purchases are primarily made – 97 percent – with the actual number of eCommerce shoppers up four percent over 2016. Mobile eCommerce continues to drive growth with mobile payments up 43 percent.

Pricing is the key to cross-border shopping, with most consumers attracted by lower prices and free shipping. Shipping options are now critical to online sales, whether purchases are made in-country or across borders. Indeed, as many as three out of five prospective online consumers abandon their carts if free shipping is not an option.

With cross-border eCommerce estimated to reach $900 billion by 2020, growth of mobile eCommerce, along with fraud and data breaches, continue to be a concern for online merchants and retailers. The number of online data breaches has continued to grow recently with major retailer incidents coming to light sometimes years after the event, with ensuing legal consequences for retailers and heavy financial damages as a result.

Selling across borders reportedly boosts sales by an average of 10-15 percent, and not only when it comes to consumer electronics and clothes.

When expanding into new markets though the two key components are consumer trust and conducting extensive market research. In many countries, the two go hand-in-hand. Trust is even more important when convincing consumers to buy internationally than in-country. To make matters more complex, every country is different in terms of legislation, retail practice, local customs, language and culture. The importance of establishing a reliable local partner is therefore paramount.

In addition, identity verification is a major worry for international sellers, so a company needs to establish a comprehensive fraud management scheme at the outset of doing business.

Consumer buying habits are changing as a result of the rise of cross-border eCommerce. As consumers become increasingly comfortable with cross-border eCommerce so their choice of device is changing. Mobile eCommerce is also moving center stage and is becoming increasingly accepted as a buying platform, especially as security concerns with mobile get addressed by vendors and merchants. Also, mistakes with duty and tax calculations as well as shipping can be expensive to rectify if the transaction is cross-border.

As cross-border eCommerce grows, the battle between marketplaces and retail web sites is one that continues worldwide. Another report maintains that, while marketplaces are utilized in domestic purchases by 45 percent of shoppers, as opposed to 24 percent that use a retail site, that is not necessarily the case in all local markets. In some, retail sites dominate. As a result, using both channels would seem to be the safest option.